Do you have Reflux?

“Reflux” is the common term used to describe when an individual’s stomach contents refluxes, or backs-up, into the esophagus and/or throat.

Reflux is a daily physiologic process for all of us. Reflux is the way that the stomach vents gas. Up to fifty reflux events every day may be considered normal. It is when the reflux of stomach contents into the throat or esophagus becomes excessive that tissue injury and pain may occur.

There are two kinds of reflux:

GERD (or gastroesophageal reflux disease) is when the stomach contents invade and irritate the esophagus above the stomach.

Common Manifestations of GERD May Include:

LPR (or laryngopharyngeal reflux) is when the stomach contents pass through a healthy and unharmed esophagus below and into the throat above (the area known as the pharynx and larynx), causing irritation and damage.

Common Manifestations of LPR May Include:

Any of these afflictions can have profound negative effects on a person’s quality of life and wellbeing.1

Do you have reflux?

Have you experienced any of the difficulties highlighted above? Do you suffer from reflux? The Reflux Symptom Index (RSI)1 is a simple 10 item questionnaire that is used to help in the diagnosis of reflux. An RSI score of more than 8 suggests that you may be suffering from reflux, either GERD or LPR. If reflux is affecting your daily life, you should speak with your physician!

Take the RSI questionnaire below:

How to treat Reflux?

How Do You Treat Reflux?

The most widely used treatments for reflux are drugs known as proton pump inhibitors, or PPIs. (Commonly recognized under brand names such as Prevacid, Prilosec, or Nexium, to name just a few.) PPIs are very effective acid-reducing chemicals taken for GERD, LPR, erosive esophagitis, and peptic ulcer disease.

Since hitting the market in the 1990s, PPIs have become among the most popular drugs in the world.2 Population studies indicate that PPIs are one of the most over-prescribed medications in the country.3,4 The belief that PPIs were safe helped to spread their use far and wide. Unfortunately, mounting evidence indicates that long term PPI use could be dangerous.3-5

Potential complications of chronic PPI use include: 6-10

Despite their potential side effects, PPIs are highly effective drugs. They can heal an injured esophagus and help prevent the manifestations of reflux. Some people do need to be on these medications indefinitely. Recent evidence, however, suggests that these medications are over-prescribed and people should try and get off of them and transition to safer alternatives if possible.7

Fortunately, there’s Reflux Gourmet to the rescue! Providing an all-natural, completely safe alternative for the management of reflux.

Still curious? Check out these references for even more details!

The vanilla caramel taste sensation to soothe your reflux.

The only mint chocolate that is actually good for reflux. 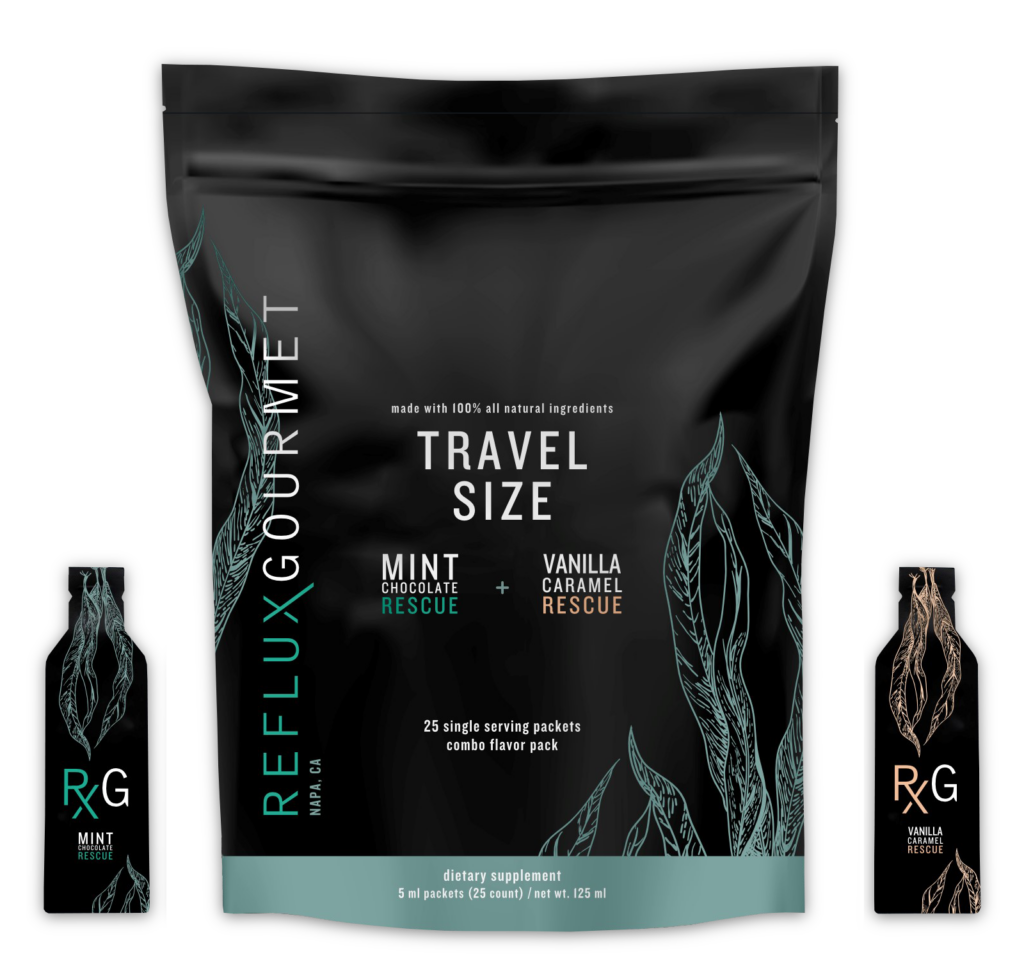 It’s comfort cuisine — for wherever life takes you.